NSWOTLatest NewsInformation TechnologyFuture Looks Grim For SanDisk As Toshiba Tells Them To ‘Shove Off’.

Future Looks Grim For SanDisk As Toshiba Tells Them To ‘Shove Off’. 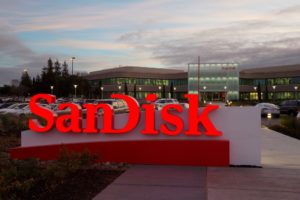 SanDisk whose products are significantly over priced in Australia is facing major problems with parent Company Western Digital now battling to retain a foot in the door at Toshiba.

Dumped by Apple SanDisk is dependent on the production coming out of Toshiba factories for their memory, now Toshiba wants to rid itself of both SanDisk and Western Digital. At the weekend Toshiba took another stab at its U.S. joint venture partner, Western Digital Corp., saying it has no rights to new chip production that’s vital to the future of both companies. 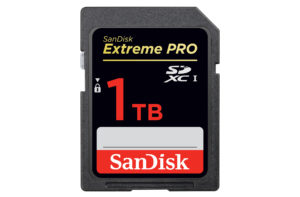 The latest escalation of the fight between the two centres on a new factory called Fab 6. Toshiba said it will build the plant without any participation from its U.S. partner, thereby cutting off Western Digital from chips made with the factory’s new technology. Western Digital inherited its stake in the joint venture when it bought SanDisk who after being dumped by Apple was acquired by Western Digital.

“Toshiba is dismayed by Western Digital’s pattern of exaggerating SanDisk’s rights under the relevant agreements,” the Tokyo-based company said Friday in a statement.

“Despite claims to the contrary, Western Digital does not now possess any legal ‘rights’ to participate in this phase of investment, which is an important investment in the next generation of flash memory.”

Western Digital soon countered with a statement of its own, saying Toshiba’s position is wrong and affirming its rights.

“The terms of the agreements and our related legal rights are clear, and we remain confident that we will receive our share of any capacity from Fab 6,” the San Jose, California-based company said. “We are continuing our constructive dialogue with Toshiba on this and other matters.”

On Friday, a judge in San Francisco agreed to change a temporary restraining order — prohibiting Toshiba from blocking Western Digital employees access to shared databases and other joint-venture facilities — into a preliminary injunction. The order also requires Toshiba to continue to supply materials and sample wafers to Western Digital in the U.S.

Western Digital needs to retain access to output from new Toshiba factories as improvements in manufacturing technology are one of the key determinants of success in the memory chip industry. Newer plants and equipment typically produce better semiconductors more cheaply.

“Toshiba provided an investment proposal to SanDisk earlier this year,” it said in the statement. “Despite numerous meetings and negotiations, including at the CEO to CEO level, Toshiba’s proposal was not accepted on the timetable set out in the agreements.”

Western Digital shares declined 4 percent Friday to close at $81.17 in New York. The stock has gained 19 percent this year.