Office printer technology has long been criticised for stagnating in the “good enough” stage for much of the 21st century.

While printer technology accelerated rapidly in the 80’s and 90’s, especially with the invention of inexpensive inkjet technology for home office units, a printer from 2016 isn’t all that different regarding quality or price than an equivalent unit from 2006.

Mostly there have been minor improvements in quality control, in paper management (to prevent jams) and increased ink efficiency, but even these have been small, as much of the technology has already been optimised, at least within current parameters of affordability.

However, that doesn’t mean that the industry is remaining stagnant. Rather than improving the technology, trends in 2017 indicate more combined technology, especially in the realm of traditional large office copy units.

While paper and toner technology may be at about their optimum barring a major change, advances in light-sensing technology, inexpensive computing components and, most importantly, wireless antennae, have led into more multi-function printers with greater capabilities.

To wit, advances in the mobile market, especially business-oriented tablet devices, have resulted in printers that need to be able to do anything, while connecting wirelessly to any authorised device. Additionally, they need to do so cheaper than ever before, and in a smaller package.

What does this mean for you as the small business owner? It means you will, beginning in 2017, start seeing more and more multi-function options that are less expensive yet more versatile.

Instead of a dedicated copier backed up by a dedicated printer or dedicated inkjet color machine, a single machine capable of doing multiple colours, scans, copies and prints from the network or even authorized devices will become more common.

Entire copy rooms will increasingly be paired down to single units which do everything, with benefits regarding both efficiency and cost.

2017 will see printers increasingly compatible with phone and tablet technology, allowing hard copies to be printed directly rather than requiring them to be ported to a desktop or company server before printing. Additionally, scans can be delivered directly to the phone in question, rather than passing through an e-mail server, eliminating both time and a potential security loophole.

This means that you and your employees will not only be able to do more, but they will do so with less while paying less.

With much of the technology inherent in printers now optimized, and components dropping in price, the emphasis is on decreasing the cost of printers both to own and to operate. This means lower printing costs for you overall while gaining access to new features, especially regarding cloud and mobile printing.

It also means less need to pay for multiple machines, as functions are combined into a single unit.

So call us today, to learn how 2017 can be a year of decreased cost and hassle for you! 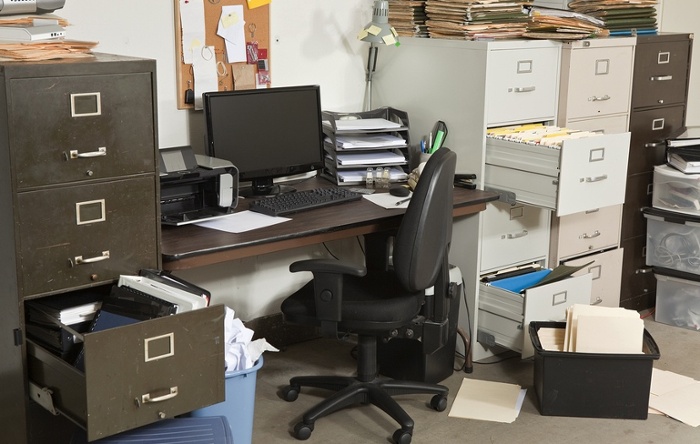 Did you know that office clutter can really affect the way you work? Excess things in your immediate environment can have a negative impact on your ability to focus and process information. This is what neuroscientists at Princeton University found out when they studied how people performed different takes in an organised versus disorganised environment. The study also showed that clutter in your surroundings essentially competes for your attention, which results in reduced performance and increased stress.

END_OF_DOCUMENT_TOKEN_TO_BE_REPLACED

Better Buys editors were especially impressed by the e-STUDIO4508LP's eco and cost-savings elements as well as the product's erasable toner. Featuring Toshiba's proprietary erasable toner, the e-STUDIO™4508LP enables paper reuse by erasing all printed content on the page. 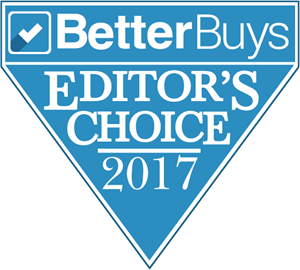 The e-STUDIO4508LP has innovative hybrid printing technology that will reduce expenses while limiting organisations' carbon footprints..

Content produced using the hybrid copier's erasable toner is erased by simply loading pages into a designated cassette or the bypass tray and pressing the Erase button on the e-STUDIO4508LP's front panel.

The product's rules-based printing setting is another eco-conscious element engineered within Toshiba's hybrid copier. This feature enables users to select toner setting defaults based on the application. As a result, temporary items, such as emails, may be designated to print in erasable toner to conserve paper while more permanent documents such as those printed from Microsoft Word may be assigned to print in standard monochrome toner.