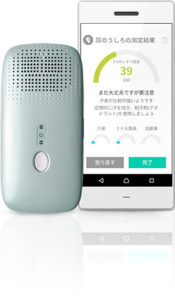 ), a platform which solicits support for innovative ideas.

Prior to the official launch, Konica Minolta started presale of Kunkun body on Thursday, July 13, 2017, using the Makuake crowdfunding service, a platform which solicits support for innovative ideas (https://www.makuake.com/

Makuake is the most accessed and one of the largest platforms in Japan and has supported about 2,500 projects to date, and thus will increase public recognition and understanding of Kunkun body.
By preselling Kunkun body, Konica Minolta aims to gauge the response of its supporters, and thus offer solutions to better address various social issues for the good of society.

Following the presale of Kunkun body, Konica Minolta will offer the device for trial use in the following facilities and stores:

At Loft stores, Kunkun body will be on display in accordance with the following schedule.

Konica Minolta BIC Japan has been working to identify and examine social problems relating to odors from customers’ viewpoints to offer solutions to such problems to society.

By using several gas sensors, Konica Minolta BIC Japan and Osaka Institute of Technology jointly developed a technology to identify the characteristics of individual odors, learn the differences, and discriminate among different odors. The result is a new odor measuring platform.

The technology is effective not only for measuring body odors, but also for solving problems relating to odors with its ability to visualize odors around us.

Konica Minolta and Osaka Institute of Technology have been jointly developing the device and solutions to visualize odors by combining their respective technologies through open innovation and industry-university cooperation, enabling them to complete the process from planning to commercialization of Kunkun body in only two years or so.

Kunkun body, simply consisting of a device and a smartphone application, can measure odors of the scalp, armpits, skin behind the ears, and feet. Measured odor data are sent via Bluetooth and displayed in the smartphone app in 20 seconds or so. Odors are classified into 10 levels, allowing users to objectively decide whether they need to take some deodorizing measures, for example.

Under the brand proposition “Giving Shape to Ideas,” Konica Minolta remains committed to delivering services that offer new value to customers, helping achieve a better society and serving as a company that is vital to society.